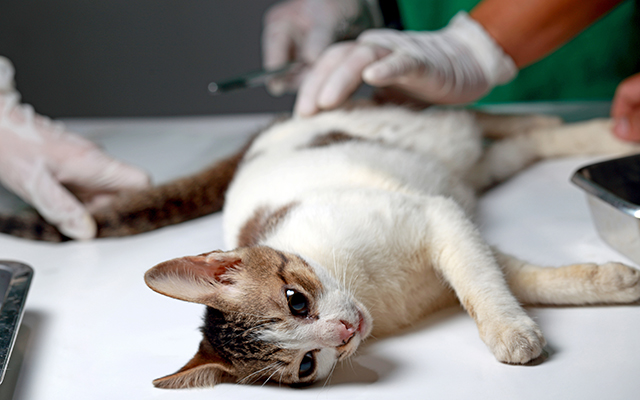 WHAT EXACTLY IS STRUVITE?

Struvite crystals are seen in urine regularly and are not significant in and of themselves. When these crystals combine with mucus, they form a urinary plug, which can cause a blockage in a male cat’s urinary tract, causing him to get dehydrated. It is at this point that the crystals begin to join together to form an actual bladder stone.

It is sometimes referred to as “triple phosphate” in some researches because some early investigations misdiagnosed the minerals as being struvite. However, the name has remained, and you may hear people refer to it as such.

Historically, feline bladder stones could almost always be reliably identified as struvite, as opposed to stones composed of another sort of mineral. As a result of widespread cat food reformulation in the 1980s, struvite is responsible for around 50% of feline bladder stones, with the remaining 50% consisting primarily of calcium oxalate.

Why do some cats form stones if struvite crystals are considered normal?

There are several things at play in this situation. The urine pH, the presence of proteins around which the crystals can cluster, and the amount of water in the urine are all critical considerations. All of these elements combine to produce urine that is “supersaturated” with struvite. In dogs, infection is required for the formation of a struvite bladder stone, while in cats, the condition was not needed in 95 percent of cases of struvite bladder stones (though sometimes the presence of the stone can lead to disease.)

The mineral struvite is found in around 45 percent of feline uroliths, and the majority of feline struvite uroliths form in sterile urine, according to the American Urological Association.

->> Get Reimbursed for your Vet Bills! Sign up with Eusoh Today! <<-

When bladder stones can occasionally be discovered by chance while investigating another illness, the majority of the time, they are found when the cat is exhibiting indicators of lower urinary tract disease, which include:

Whatever the cause of the lower urinary tract disease, these signs and symptoms will manifest themselves. Idiopathic cystitis, bladder infection, bladder tumor, and other less common concerns such as the healing of bladder damage are all examples of lower urinary tract ailments that can occur. It is estimated that roughly 25% of cats with lower urinary tract disease indications will have bladder stones, making it necessary to obtain a radiograph of the bladder to rule out this possibility before proceeding. A urinalysis will help detect the type of stone present and ruling out other potential causes of urinary discomfort.

Diets high in magnesium, phosphorus, calcium, sodium, chloride, and fiber, combined with a moderate protein level, have been linked to an elevated risk of coronary artery disease (CAD). A more remarkable ability to concentrate urine (when compared to dogs, in which struvite uroliths are commonly associated with infection) and, as a result, a greater level of urine supersaturation may be partially responsible for urolith formation in cats who do not have urinary tract infections, according to some researchers (UTIs).

These are a group of factors that influence metabolism. Additionally, if the pH of the urine is constantly increased (6.5–6.9 as opposed to 6–6.2), the production of sterile struvite uroliths may be twice as likely. The pH of alkaline urine is usually changed by diet, although it can also be caused by pharmacological therapy or renal tubular disease. A key factor contributing to the drop in feline struvite uroliths over the last 35 years has been the widespread adoption of magnesium-restricted, acidifying diets. In 1981, more than 80 percent of the feline uroliths examined at the Minnesota Urolith Center were struvite.

The clinical indications of feline urolithiasis are determined by the amount of uroliliths present, their location, and their morphological properties. Multiple uroliths or uroliths with uneven or sharp margins in the bladder or renal pelvis may be more irritating than solitary, smooth uroliths in the bladder or renal pelvis. It is more likely that bacterial UTI will produce tissue inflammation than sterile urolithiasis, which is more common in the general population. 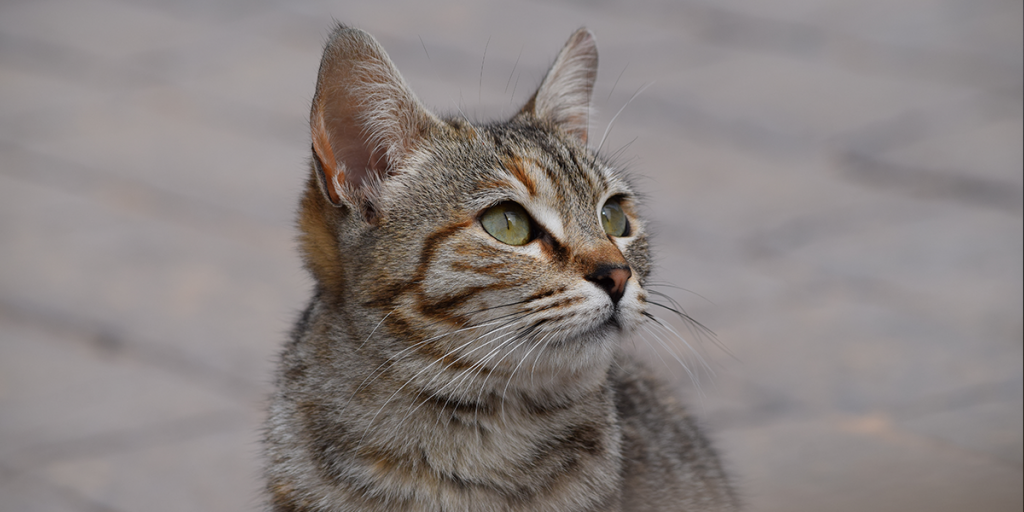 In addition to radiography, there are other indications for imaging:

When it comes to the diagnosis of cystoliths, transurethral cystoscopy can be conducted in both male (flexible scope) and female (rigid scope) cats; however, general anesthesia is required. Female cats may benefit from the use of holmium: YAG laser lithotripsy in conjunction with cystoscopy to noninvasively “break up” cystoliths and remove them from the bladder without the need for surgery. It is also possible to acquire biopsy tissue from the lower urinary system with the use of cystoscopy.

The urine pH, the presence of crystalluria, and the presence of urease-producing bacteria are all factors that may contribute to the presumptive diagnosis of urolith type. In cases of suspected calcium oxalate uroliths, serum ionized calcium concentrations should be measured to rule out the possibility of hypercalcemia.

Uroliths can be formed by a urinary tract infection (struvite), or they might weaken natural host defense mechanisms, making cats (particularly female cats) more susceptible to UTI. As a result, a urine culture should be conducted regularly.

To provide a definitive diagnosis, uroliths voided or collected from the urinary tract must undergo quantitative mineral analysis. 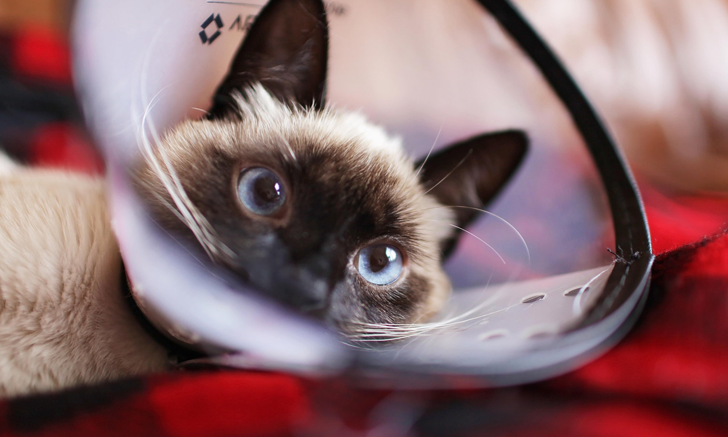 ->> Your Cat Deserve a Great Health Care Plan- Get Coverage with Eusoh Today! <<-

Struvite stones can be dislodged by administering specific diets to the animals. There are various commercial brands available. They all work by producing an environment in the bladder conducive to the dissolution of struvite crystals and the release of urine from the bladder. The patient must consume a dissolution diet as his or her sole source of nutrition for the treatment to be successful. The cat should not have a second ailment that would make the stone diet ineffective, and the cat should be fed only the urinary diet and nothing else during the treatment. The diet can be changed if the cat does not enjoy it. Dry and canned diets can be combined, though some believe that the extra water provided by a canned food is more good for stone breakdown.

Cystotomy is the surgical procedure used to remove a bladder stone. The bladder is opened in this procedure, and the stones that are there are removed. The bladder and stomach have been closed, and the cat can return home if he or she has a healthy appetite and normal urination after the procedure. On the first few days following surgery, some blood in the urine should be expected, and there may be some urinary discomfort that requires pain medication for the first few days.

Following surgery, the stones are typically sent to a specialized laboratory for analysis to determine the sort of stone that was removed.

A cystoscope can be used in one of two ways to perform a minimally invasive procedure. When putting up the patient’s urethra and into the bladder, a cystoscope looks like a long, skinny device with a tiny video camera attached to the end. This procedure is only achievable in female cats due to their large urethra opening; the male cat’s urethra opening is just too small for a cystoscope to be effective.

As soon as the device’s scope is inserted into the bladder, it activates a stone retrieval basket, which captures small bladder stones and transports them out the urethra when the scope is removed. Using laser lithotripsy, if the stone is too large to pass through the urethra, it can be broken up and removed from the body. In this step, a laser on the cystoscope is brought into contact with the stone, and the stone is broken into bits that are tiny enough to pass through the cystoscope or be transported out in the retrieval basket.

This method may be effective if the stones are tiny enough to pass through the patient’s urethra. After anesthesia, the patient’s bladder is distended with fluid and manually expressed under pressure to relieve constipation. Natural gravitational force “loads” the stones in the neck of the bladder, which are thus ready for ejection when the patient is sedated and placed vertically in the bed. When the bladder is expressed, it is common for stones to be passed that would have otherwise remained in the bladder to do so. When utilizing this strategy, larger stones will not be given. When collecting sample stones for laboratory examination before using one of the other stone removal techniques, voiding urohydropropulsion is frequently employed. Determining the kind of stone is critical to selecting the most appropriate stone removal approach.

It is beneficial to follow a diet that promotes a bladder environment that is not favorable to the production of new struvite stones to avoid the formation of unique stones. There are different urinary formulae available, and in some cases, the same diet that was utilized to dissolve the stone can be maintained. Ideally, the canned formula should be used since canned foods include more water than fresh foods, and the additional water helps to dilute the urine (and dilute urine means a lower crystal concentration). 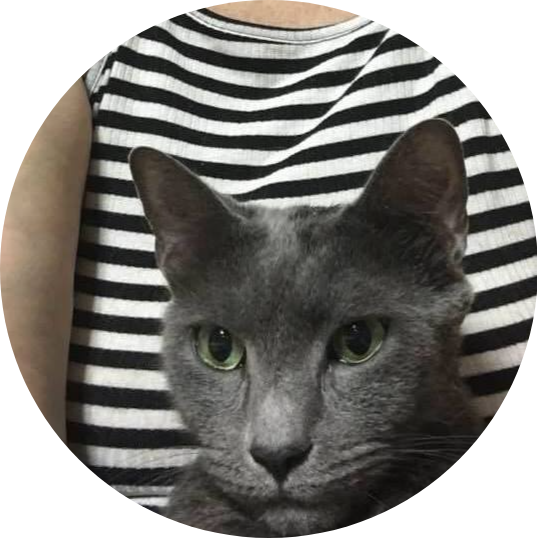 Bringing your cat in for a vet visit can be a stressful experience for both you and your cat and that’s why we are committed to provide you with the answers ….. 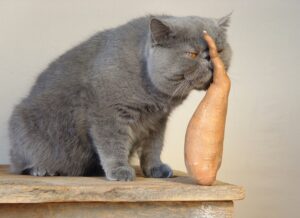 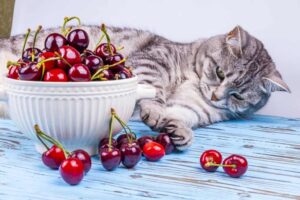 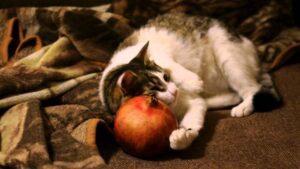